The Unified Development Code (UDC) was adopted by Town Council on January 24, 2013, with the approval of Ordinance 13-0124A. The UDC is available online and is updated as amendments are approved.

The Unified Development Code (UDC) is a compilation of development regulations included in zoning, subdivision, and other land use and development related ordinances. It replaces the previously adopted zoning and subdivision ordinances that were found in Chapter 9 and Chapter 12 of the Northlake Code of Ordinances.

Background on the UDC

"A Unified Development Code provides for the development of specific development-related ordinances necessary to implement a number of recommended policies and actions that cut across issue areas throughout the Comprehensive Plan. The adopted Plan provides the legal and philosophical framework for developing these specific ordinances. The task of developing ordinances provides the Town an opportunity, working with citizens, property owners and the development community interested in developing in Northlake, to translate the general policies and actions into specific requirements that will guide growth and development."

Process for Developing the UDC

The Comprehensive Plan outlined a strategy to develop the UDC along with a complimentary document for infrastructure standards and engineering requirements. The infrastructure standards and engineering requirements are included in the Engineering Design Manual (EDM) which was approved by the Town Council in May 2010. The UDC was developed through a multi-step process which included a thorough period of review and comment from Northlake citizens, the development community, and the Town Council.

First, the Town contracted with Mitchell Planning Group to develop the first draft of the UDC. The first draft incorporated aspects of existing Northlake development regulations and included updated regulations based on best practices and recommendations of the Comprehensive Plan.

Next, the Town contracted with Springbrook Planning Group to complete a thorough review of the draft with the assistance of an advisory committee to develop a final draft to present the Town Council for approval. The advisory committee, a committee of Northlake citizens and representatives of the real estate and development community with Northlake experience, met on eight different occasions over a one year period. The result was a final draft presented to Town Council in June 2012.

Finally, a review and comment period on the final draft of the UDC was provided for the general public and the Town Council. Prior to approval of the UDC, the Town Council reviewed the final draft and requested revisions that are incorporated in the UDC approved on January 24, 2013. The public was also given the opportunity to review and comment on the proposed UDC with drafts of the UDC made available through posting on the Town website from June 2012 up to its adoption. Hard copies were also made available to the public at Town Council meetings and at Town Hall. Prior to adoption, two public hearings were held, one in July 2012 and another in January 2013, to receive public comments on the UDC. 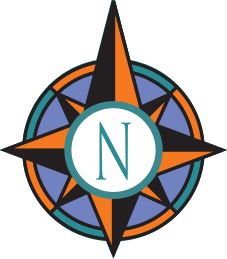